Tradition. Even the word can give you goose bumps. Tradition. Feel’em?

Who are we kidding here? But seriously, there are certain things in sports that you can just count on, and well, that make you feel good.:

A rookie’s first career homer goes ignored and if he has any poise he walks down the dug out steps, stone faced and high fives and pounds the air as his teammates pretend not to watch.

The Tigers of Clemson enter “Death Valley by running down “The Hill,” touching “Howard’s Rock as they pass. (Get this! The rock was presented to head coach Frank Howard in the early 1960’s. A friend brought it to him from Death Valley, CA. Howard, who must have been a real gem, used it as a doorstop in his office. A few years later, as he was cleaning out his office he found the rock and ordered a Clemson executive to get rid of it. That man was Gene Willomon and he decided to place the rock on a pedestal and mount it at the base of the famous hill. After a 40-35 victory over Virginia, Howard decided to use his former doorstop as motivation. “Give me 110% or keep your filthy hands off my rock.”)  (Wow, long side note. Back to traditions)

The Temple Owl mascot flaps his wings continuously for the entirety of every basketball game. He doesn’t stop. It’s not allowed.

The Yankees, from Mantle to Jeter, wear pin stripes.

The Crazies jump up and down and cheer on the Dukies at Cameron Indoor.

The Fighting Irish tap the “Play like a champion today!” sign on their way onto the field.

Ah, the Irish! Now we’re talking tradition. One of the most storied college football teams in our great nation.  Knute Rockne. “The Four Horsemen. Rudy Ruettiger for god’s sakes!

Yesterday Notre Dame rolled one time rival, Miami. They are in the top ten for the first time since 2002 and are doing it in classic Notre Dame style. So why on earth did they get caught up in the ridiculousness that is college football uniforms.

The Irish traded in their traditional gold helmets for some outrageous, hologram like garbage, with the large leprechaun on one side. It looked they were wearing the hottest “Upper Deck” graphic that was cool when it was on a Ken Griffey Jr.  card in 1997.

Get real Irish! Rudy didn’t tirelessly polish these seizure inducing head shells. In fact, I think that next time the Notre Dame higher ups try to pull something like this each player should walk into Chip Kelly’s office one by one and slam down their helmet on his desk, and refuse to wear it.

Oh, and screw you Oregon. 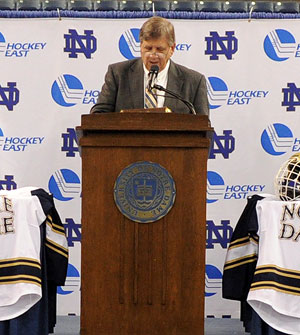 NY TIMES – In the latest realignment news, Notre Dame joined the Atlantic Coast Conference on Wednesday, the league announced in a statement. As the 15th member of the conference, Notre Dame will compete in all conference sports except Football and Hockey.

The move will reunite the Fighting Irish with Pittsburgh and Syracuse, two other members of the Big East Conference who left for the A.C.C. Notre Dame has long retained its football independence, and will continue to do so under the new agreement, but it will also now play five games a year against A.C.C. programs.

Looks like the Fighting Irish will be playing Hockey East next year with the likes of BC, Maine and Merrimack. Notre Dame becomes the 17th team to announce a change in conference affiliation as of the 2013-14 season. They should be an exciting addition.  Aside from this I am pumped to see who Notre Dame is matched up with for their ACC games. Would love to see them at Carter Finley. Also, Miami vs. Notre Dame always ends up being a great match up. 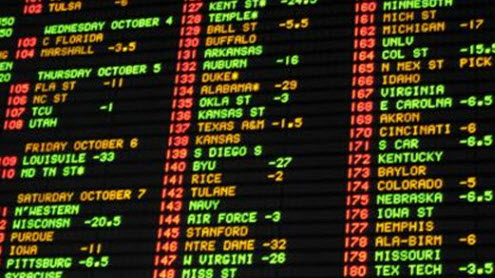 Ok week one didnt yield us any money, but it was a semi respectable 3-3.  Im looking to make up for it this week as I have used all of my knowledge (or the internet) to give us 4 pretty solid picks.  Trust me?

One of my winning picks from last week was NC State getting outclassed by the SEC and a fast Tennessee.  This week the same thing will happen in reverse as Connecticut will get outclassed by the ACC and NC State.  State basically gave the game away last week by giving up 16 points in 38 seconds in the first quarter and somehow, someway still managed to have a chance deep into the fourth.  Mike Glennon and the nations best secondary last year look to redeem themselves as they travel to CT and get their first win.  I like this at -3.5 if you can get it at -3 …I love it.

The Boilermakers are an improved team this season, and Marve looks like he could finally be healthy enough to live up to his expectations. The Irish are the better team here however, and I’m starting to think or (even better for this game) think they think or maybe we both think  they are a dark horse for BCS champ talks. Purdue should keep it close for awhile, but I think the talent and depth of Notre Dame take over late and the Irish pull away and get the cover here.

LSU won all six games at home last year by 24 or more and I don’t see a change this year, at least in this game as a pretty bad road team in the Washington Huskies come to Baton Rouge.  I usually try and stay away from the big spreads, but I cant on this one.  Miggles loves the Tigers here in a rout.

Ok I lied about the big spread thing.  I mean is it a big spread if the team is going to cover it?  Im not even sure that makes sense.  Anyway, USC is on a mission this year, their post season ban has been lifted and they are a serious contender for BCS champions.  They are not only looking to win the big ones, they are looking to blow out the little one’s to leave no doubt at the end of the season.  THAT made sense.  USC Rolls.

Miggles – Ok lets start by saying that we are 2-0 after Thursday and Fridays picks.  Yes there was a “bonus pick” in there that went awry, but bonus picks dont count, thats why they are bonus.  Thats my story and I’m sticking to it.  Needless to say the bonus picks will be discontinued until further notice.  Ok back to the good stuff, first Saturday of the college season and there are some great games on tap.  Lock City isnt about great games though its about picking winners so lets get to it.

Aubrun is returning 15 starters and this is another classic case of SEC vs ACC.  Auburn’s strength will definitely be their defense this year as the have an avg offense at best.  Clemson has a high-powered offense with a defense that let them down late in the season and still isnt very proven.  With Sammy Watkins being out, I dont see Clemson’s offense being able to overcome the speed and size of Auburns defense.  Auburn has to face the likes of LSU, Alabama, Georgia and Arkansas later this season.  If they plan on making any noise they have to get past Clemson. SEC getting points against ACC in a Neutral spot.  SEC all the way!

Miami has had some distractions of late, but is returning some good players and has a lot of new talent all around the ball.  I don’t expect too much from this team this year as they are still quite young.  I do expect them to be able to handle Boston College on the road however.  BC was god awful last year and is decimated by injuries this year.  They are young and have no depth, add that to the fact they have TE Chris Pantale, CB Al Louis-Jean, and WR Bobby Swigert all out and lingering injuries to their 3 RB’s  Rolandan Finch, Andre Williams, and Tahj Kimble I don’t expect much at all from them today. 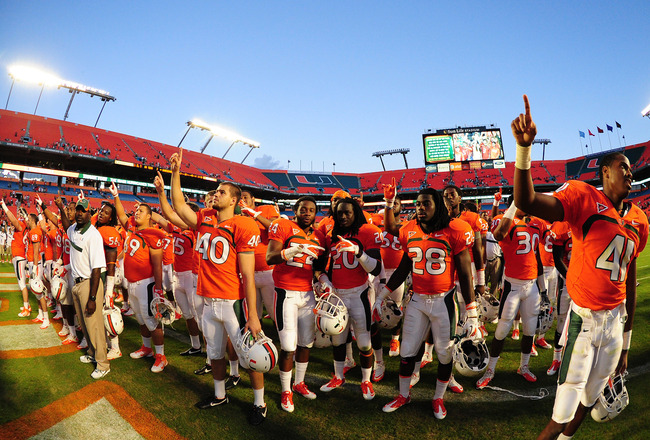 We all know Penn States story, the question is can they bounce back?  I say they can with a new coach, new offense, new attitude and something new to play for, I think we are in for a surprise.  Happy Valley will be rocking today as everyone is gonna (by human nature) go above and beyond to show their loyalty.  Ohio is no slouch and had an impressive 10-4 season last year and was 34th in the nation in scoring averaging over 30 points a game.  The line dropped from +9 to +6.5 throughout the week and this goes to show the wiseguys see something in Ohio as they try and temp us with Penn State.  Wellllll I’m falling for it.  I like Penn State here I think this would be a huge monkey off their back to come out and play like a team again and get a big win to start the season.  I think they can squeeze a 1 TD victory here, BUT don’t be surprised of a talented Ohio team sneaks out an upset.  OK OK Penn State….I just had to hedge my thought process a little bit.

Ill keep this one short and sweet as the game is close to starting.  Navy is a very opportunistic team and has a very solid RB core.  They return a seasoned QB and in this neutral site I think anything can happen.  Not much insight given here, but I think this is just too many points and they fight it out with ND.

$$$$$$  Money May laid 3 million on Michigan at +14. Its now down to +13.5 at Alabama I would take Bama all day on this one….Neutral site I think the moran might be on to something.  I’m not picking anything here, because I want nothing more than that idiot to lose 3 million bucks.  Roll Tide!!!!!! 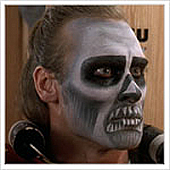