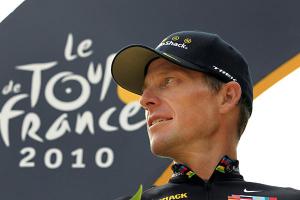 DM-  Lance Armstrong was today stripped of his seven Tour de France titles and banned for life, following a report from the U.S. Anti-Doping Agency that accused him of leading a massive doping program on his teams.

UCI President Pat McQuaid announced that the cycling federation accepted the USADA’s report on Armstrong and would not appeal to the Court of Arbitration for Sport.

The decision clears the way for Tour de France organizers to officially remove Armstrong’s name from the record books, erasing his consecutive victories from 1999-2005.

Man, they really made an example out of Lance here. Stripped of all his titles, banned for life, his sponsors gave him the boot.. basically forced to step down as chairman of ‘Livestrong‘. Way to kick a guy while he’s down.

My take on this is similar to Miggles’ I mean you know all these guys dope, plain and simple let them all dope. It’s a sport and we pay to watch them.. should we not see them at the best they could possibly be? 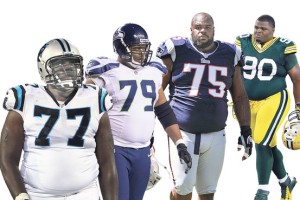 So apparently all sorts of linemen are coming out complaining that the Nike uniforms introduced this season are not complimenting their figure. Should’ve gone with the Euro cut eh Raji? One of the Baltimore Ravens linemen had this to say: Ramon Harewood, a 334-pound Baltimore lineman, said that the new jersey fits him fine and that the complainers are those who “like to look pretty” and be “swagged up.”

I think Nike made the jerseys fit… calling spades “spades” if your 330 lbs you’re not going to ever look 195.. get over it and play ball.. stop worrying about being “swagged up” on the football field.