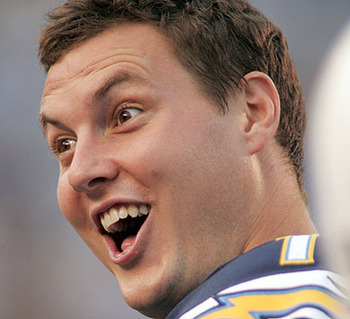 Ok so thus far week one has had some surprises, a few coming from the NFC East.  Cowboys look good, Giants look ehhh, Eagles were on the verge of starting the same way they did last year and RGIII might be the real deal.  That being said, we went 3-1 yesterday and 8-5-1 overall, looking to take those winnings and double them on a crazy, but “good” play tonight.

The Bengals returned to the postseason led by rookie quarterback Andy Dalton who led the cats to an impressive season offensively that they will look to duplicate in the very tough AFC North. Rookie receiver AJ Green was equally as impressive and has already emerged as one of the league premiere receivers and with another training camp and preseason under his belt I think Green is ready to continue his progression and join the league’s elite. The Bengals also brought in former Patriots running back BenJarvus Green-Ellis to replace Cedric Benson in the back field giving Cincinnati a solid running game that is complimented by Bernard Scott and a solid aerial attack. Coming into Baltimore to open the season on Monday Night Football is no easy task and thus the line indicates the Ravens as a -7.5 point favourite but I think that may be a stretch considering this is a divisional game. The Ravens faithful will be doing their best to make it a tough environment for the Bengals but I think Cinci can hold their own and keep this thing close. Getting 7.5 points is a gift.

San Diego takes to the road to open the season on Monday Night Football in very hostile territory and while they may finish the season ahead of the Raiders, the season opener could be a very difficult one to win. Either way I think both of these teams will be more prolific on offense than on defense and will want to come out early to set a tone for the rest of the division. For that reason I think this one can go over the total as the likes of McFadden, Rivers, Palmer, and Gates will come out gunning and I think we could see a shootout here.

I know I know…But its gonna hit so shhhhh and trust me.

CLEVELAND – Following a preseason that saw their inept offense make few, if any, strides, Browns head coach Pat Shurmur said his team will try out a new “Gangnam Style” offense in their season opener on Sunday.

“I heard one of the interns in the front office talking about it,” said Shurmur. “I said: ‘What’s this Gangnam Style thing?’ And he said it’s all the rage. So I figured why not? We’ll go Gangnam Style. You always have to push the envelope and it can’t be worse than the pro style offense that we’re currently running.”

Shurmur asked the intern down to the practice field to put in the Gangnam Style offense.

“Alright, kid, show us what it is,” said Shurmur.

“Wait, you’re serious? Oh,” said the intern. “Well, I mean, if you’re translating it to football, I guess it would be a lot of unorthodox movement and formations. And up-tempo. I don’t know. It’s a South Korean music vi-.”

But Shurmur cut him off. “Amazing. I’ve been in football a long time and I know a genius when I see one. And what you just said is smarter than anything that ever came out of Mike Martz’s mouth.”

Browns players say they are excited about the Gangnam Style offense.

“I think that video is hilarious,” said running back Trent Richardson. “If people are going to laugh at us regardless, we may as well have some fun with it. Gangnam Style offense it is.”

But quarterback Brandon Weeden isn’t so sure.

“Gangnam Style? What is that? Is that the thing the other players were watching on the YouTube?” he said. “I don’t know. I don’t really get it. I just don’t feel like I fit in here. I don’t really get the terminology of the offense or even what other teammates are saying. And their music is so loud.”